Why Are We Teaching Our Kids That The Goal Of Youth Sports Is To Get An Athletic Scholarship?

I have three daughters who play soccer, my oldest is at a Division 3 college, my middle daughter is heading to a Division 1 school next Fall and a third plays just for fun in high school. So, I have seen and heard it all over the years. And something I’ve always struggled with, why so many of us parents have let the hope of gaining entrance to an elite college or an athletic scholarship become the focus of why our kids play.

It has turned otherwise normal parents into crazy people and stripped away much of the meaningful, character-driven values and lessons kids should be getting from sports. Teammates have become competitors on the field, fighting for play time – which in turn will help get them one of the limited athletic scholarships – which in turn makes games more about the individual player and less about the team. Players play injured in fear of losing their spot on their team and therefore not having the opportunity to get an athletic scholarship. Recently, a parent of my daughter’s teammate confided in me that he was going to hide his daughter’s concussion until after the college showcase the following week. He knew the doctor would never clear her in time and he was afraid she would miss the opportunity to be seen by coaches. This is just one example of the desperate measure parents will take. I was surprised he shared this with me as another byproduct; parents on the sideline have come to view one another as competition, hiding their kids’ trainers, additional workouts and camps to get a ‘leg-up’ on their perceived competitors.

But why do so many otherwise sane people seem to lose their moral compass and good sense around youth sports?

One mom I know suggested in a small way it might related to so many working moms today, bringing that competitive fire and high achievement to parenting and their kid’s activities. Others have written that it’s all about the money and parents wanting to get a return on their investment – youth sports is estimated to be an 18-Billion-dollar business. I would suggest it’s all of the above, AND in my peer group, the main culprit, getting into a top COLLEGE.

One main change you can trace it back to is a more competitive application process. Application numbers have risen and acceptance rates have plummeted. According to Lacey Crawford, author of the novel, Early Decision, “Over the last 20 years, the admissions rates for some schools have been halved or quartered.” International student growth has increased the application pool as has the Common App, which streamlines the process, making it easier for students to apply to multiple schools at once. To put it simply, way more applications are being sent in, with fewer spots available.

College coaches have also played a role in escalating the pressure. Scouts attend middle school games in hopes of finding the next great athlete and colleges advertise ID prospect camps for 8th graders. Parents fork over millions of dollars each year traveling to and paying for college camps in hopes their kid might get noticed. But the reality is that the chances an athlete will receive an athletic scholarship are slim. According to the NCAA, “Only about two-percent of high school athletes are awarded athletics scholarships to compete in college.” For Division I athletes the highest number is 8.9% of ice hockey players compared to .7% of volleyball players. And full ride scholarships are only guaranteed in six Division I sports including football, men’s basketball, women’s basketball, volleyball, gymnastics and tennis.

How Parents Are Pressuring Kids To Be Perfect

It’s easy to get caught up in the college craze; I am guilty of it myself. We see that the current M.O. is creating amazing 14/15-year old athletes, so we all hop right on board. But guess what, too many are breaking down emotionally and physically before they ever step foot on a college field or court – if they ever get that far. I know several elite high school athletes, who despite offers from top colleges, decided NOT to play in college or quit after their first year.

So how do we buck the system and get off the roller coaster? Well, we continually check in with ourselves and our child, by asking one very important question, What Is Truly Best For My Kid? I don’t know many parents who could honestly answer that question and continue the same path they are currently on. Sports can be a great life teacher and build character, grit, and a love for the game. But if you strip your child of being intrinsically motivated to play by constantly dangling the ‘college carrot’, you’re also robbing them of a deeper sense of purpose, one that highlights character and being part of something bigger than yourself. Getting a leg up on the college application process should be a byproduct of excelling at sports, not the goal. 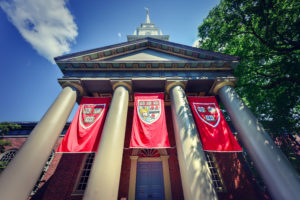 6 Things All Multi-Simultaneous-Sport Athletes Should Be Doing