Imagine this: Your son has been not just a starter, but the star of his team for the last two seasons, and during that time, the team has won over 90% of their games, and now, they are in the biggest game of the year—the championship game. But, things aren’t going great, so the coach decides to pull him from the game. He puts in a new player with little-to-no experience at this level, and this substitute leads the team to victory, stealing the limelight from your son.

Now, your son comes home after the game. His team has just won the biggest game of the year—the National Championship. But, he doesn’t care. He is devastated. He just lost his spot on the team, and the glory of leading his team to victory was taken from him. He worked his entire life for this moment, and he missed it. So, what does he do? He falls into your arms and starts sobbing. Crying uncontrollably. He looks up at you with tears in his eyes and asks, “What am I going to do now?”

Now, be honest with yourself: How do you respond? What do you say?

Alabama QB Jalen Hurts, and his family were faced with this very dilemma. Less than a year ago, Hurts was dropped during the National Championship game.

Recently, Jalen told the story of coming back to the hotel after the game. He remembers sitting in the room with his parents, crying, and asking them, “What are we going to do now?” His father’s response? “We fight.”

How many of us would have responded this way?

At the start of this season, he lost his starting QB spot, but that didn’t stop him. Jalen didn’t transfer schools. He didn’t quit working hard. He kept showing up, and when Alabama’s starting QB went down in the last few minutes of the SEC Championship game, he was ready to capitalize on an opportunity for redemption. He stepped in and finalized Alabama’s comeback over Georgia, securing their ticket to the BCS playoffs.

Jalen’s toughness and his story are extraordinary and have been discussed at length in the last few weeks. But, people have missed some of the other extraordinary parts of this story. In Episode #119 of my podcast, “Culture Builders”, I shared how coaches have missed the importance of the positive team culture that was supportive and behind Hurts, regardless of whether he was a starter or not. From my perspective, Alabama has created a place where Jalen and many other players are willing to make that sacrifice because they feel connected to something bigger than themselves.

The other part of the story people have missed is the importance of Jalen Hurts’ parents in his life. I don’t consider their response to be average in an era when the transfer numbers in college athletics are staggering.
In moments when we see our children struggling and in pain, our natural response is to save them! Maybe we blame the coach and tell our son he didn’t deserve to be treated like that. Maybe we tell him not to worry; we’ll find a program that appreciates his greatness. This extraordinary response from Jalen’s father led to an extraordinary story.

The problem underlying all this is what we are focusing on. Too often, we are more focused on what they are achieving and if they are “happy”. (Read more about this problem here.) Too often, we ignore the most important piece—who are they becoming.

We don’t want to see our kids struggle, because it’s painful to see them unhappy, and we want to seem them rewarded for their hard work. However, their struggle and their greatest challenges are also their greatest opportunities for growth. Remember, we want to prepare them for the road; we don’t want to prepare the road for them. We want to be a springboard to help them bounce back in the hard moments; we don’t want to be their safety net. So, as they experience difficult feelings and encounter challenging circumstances, focus on what really matters—who they are becoming on the journey. 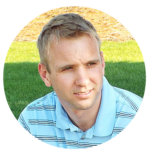 The One Thing All Athletes Need To Hear During This Pandemic